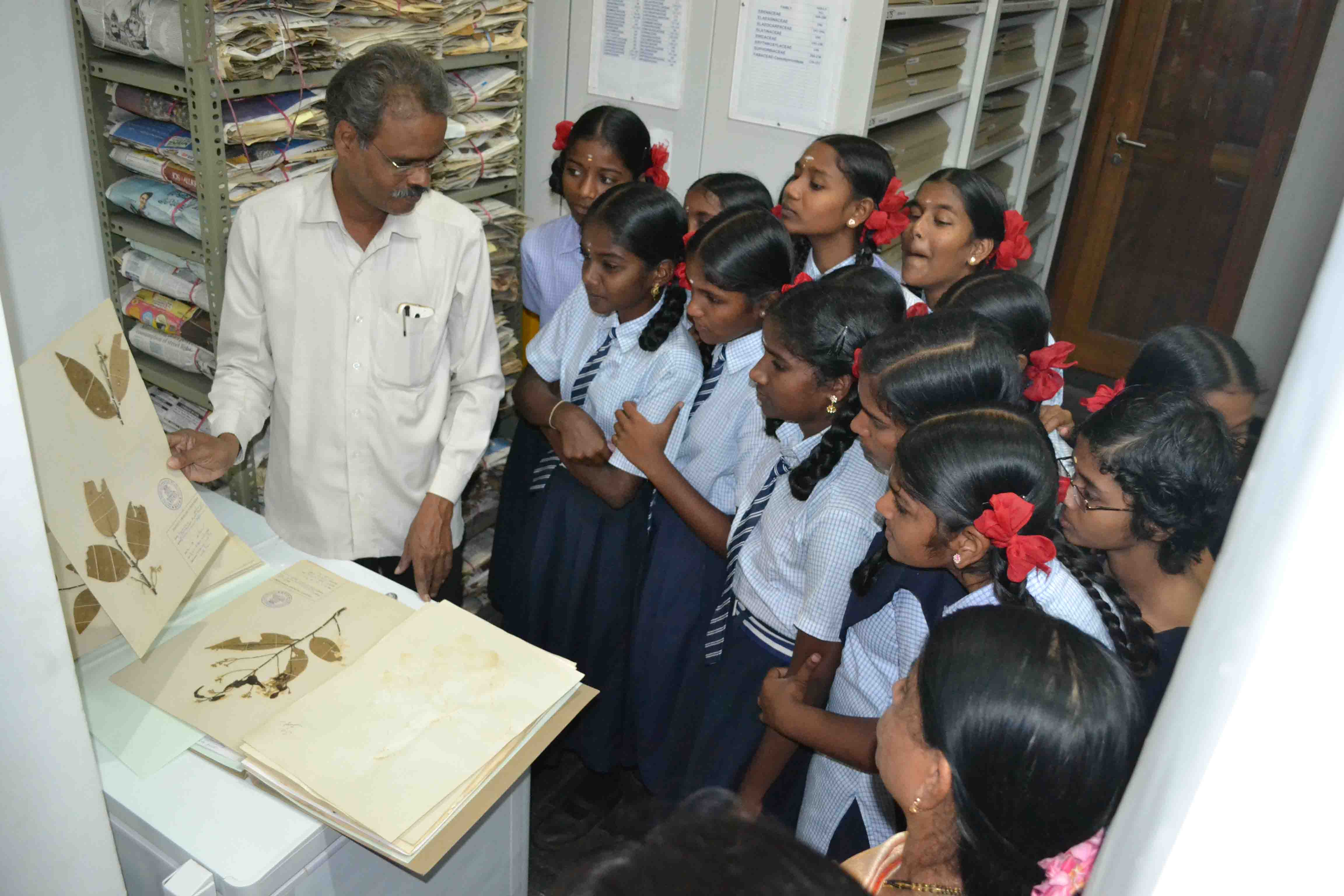 APSCC organized a students study visit to the Herbarium of French Institute of Pondicherry. The Herbarium, popularly known as HIFP was established in 1956 by Pierre Legris, an engineer from the Forestry commission of France. Since then, the collections have grown as a result of work by successive Researchers and students, as well as through the acquisition of other collections. Major contributors of the Herbarium include Meher-Homji, (between 1960 and 1981), G. Thanikaimani, Palynologist (1960-1986), Blasco (1962-1978), Shankaranarayan (1957-1959), Balasubramanian (1971-1979), Seetharam (1977-1981), Suresh (1980-1981), Jean-Pierre Pascal (1974-1994). B.R. Ramesh (1982 onwards), N. Ayyappan (2005 onwards). Computer cataloguing of HIFP began in 1998. Plant specimens have been added periodically to the collection by the staff and the herbarium is maintained with the assistance S. Aravajy and N. Barathan, and cataloguing was handled by S. Ramalingam; initially it was entered in Excel then transferred to Access database. In 2010, the herbarium database was transferred in to the open source Pl@ntNote software and published on the Institute’s World Wide Web site with the support of Pl@ntNet project. Subsequently web site was upgraded with improved searching of specimen records and simple mapping capabilities. Recently, the specimens were moved out of the old wooden cases and into modern steel ones.

HIFP houses large number of collections from the Western Ghats, especially for tree species, the other parts of India and also from different parts of the globe, which were received from different herbaria as a gift or on exchange basis. The herbarium presently contains over 24,000 specimens belonging to 268 families and 4659 species. Please visit the http://ifp.plantnet-project.org/ for more details. 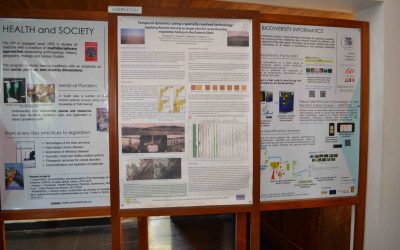 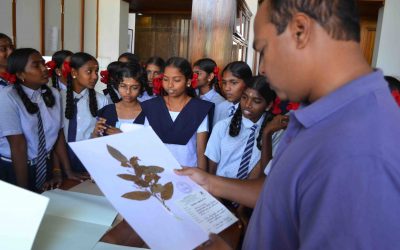 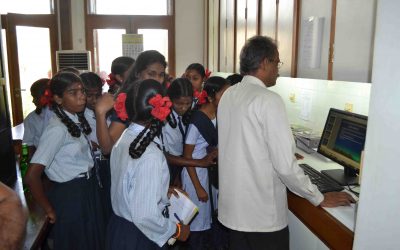 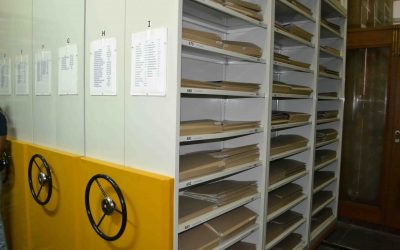 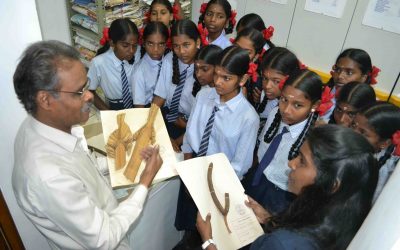 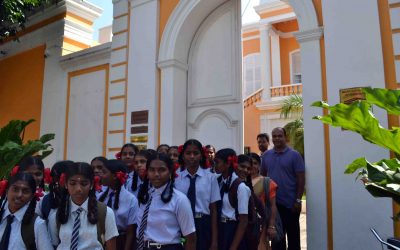